When Monsieur Eiffel’s company built Paris’ most recognizable monument for the 1889 World’s Fair, many Parisians regarded the massive iron structure with skepticism.

The art community was more absolute in their opinion.  They hated it!  A petition called “Artists against the Eiffel Tower” was sent to the Minister of Works.  In part it read:

“We, writers, painters, sculptors, architects and passionate devotees, with all our indignation in the name of slighted French taste, against the erection … of this useless and monstrous Eiffel Tower … and all of our humiliated monuments will disappear in this ghastly dream.”

If I were alive at that time, I doubt I would have signed the petition, but as I stand beside the south pillar of the tower looking up at thousands of mustard brown rivets, I can see their point. 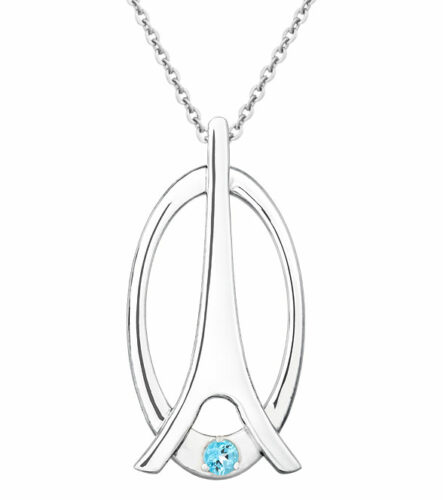 Not often have I encountered something that produced such juxtaposed impressions when viewed from either near or far.  From distance the graceful curve of the tower looks like a Matisse pencil stroke in the sky.  Standing next to the tower, it reminds me of a vertical railroad bridge.  This makes sense as Eiffel was an accomplished bridge builder, and walking under the massive structure this fact is quite evident in his design.

It was with this contradiction in impressions that I contemplated my re-interpretation of Gustave’s iconic work of art, our own La Tour Eiffel pendant, shown at right.  In the end, the distant view, showcasing her soft, distinctive curves won out.

Whether you’re a fan of structural engineering or a lover of perfect, artistic lines, Paris’ iconic tower is a sight to behold.

Email me if you are planning a trip and I will send you a few of my favorite things to do in Paris.—Christopher 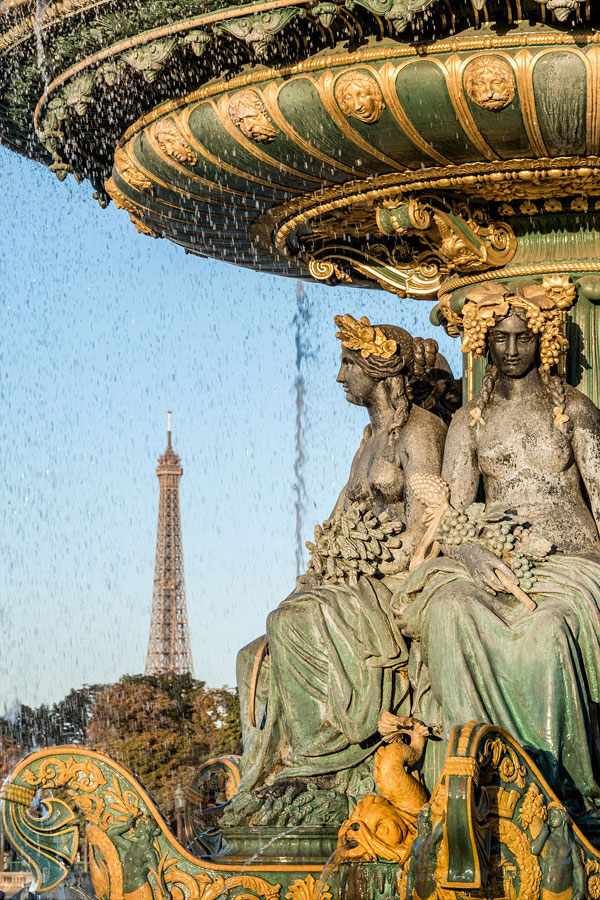 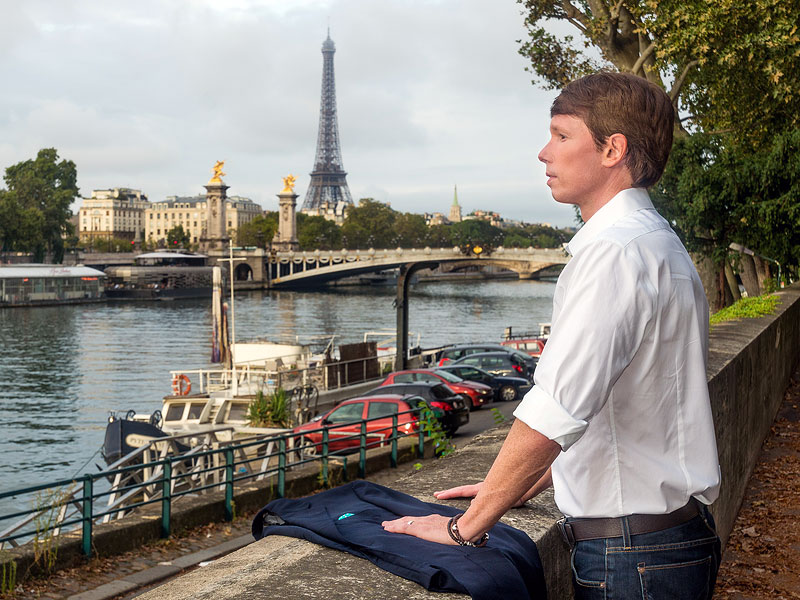 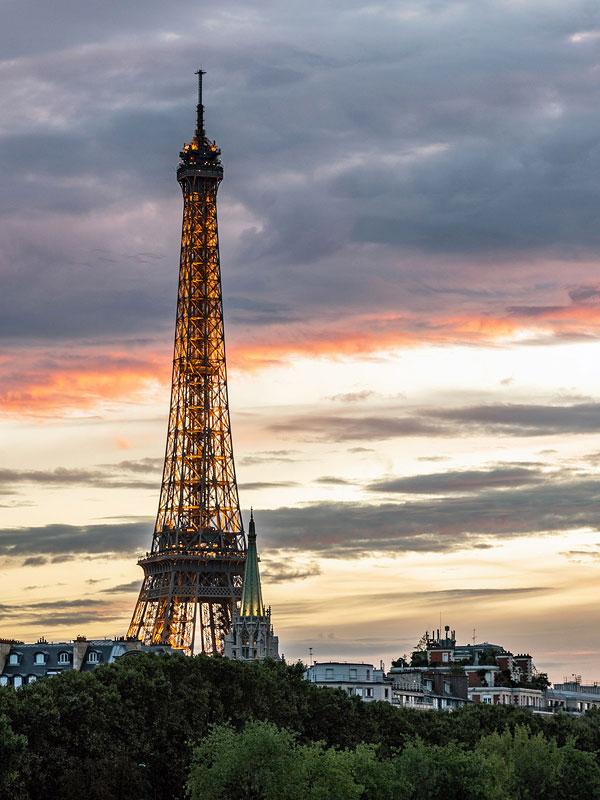 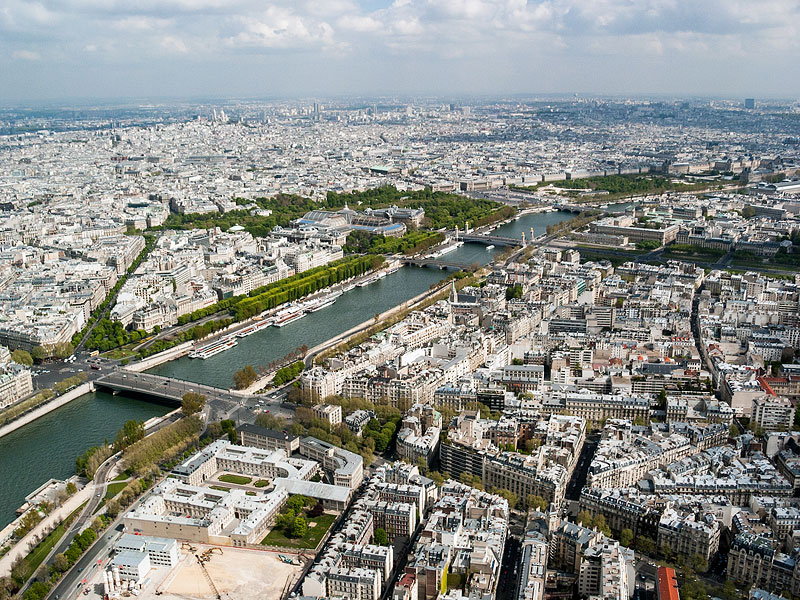 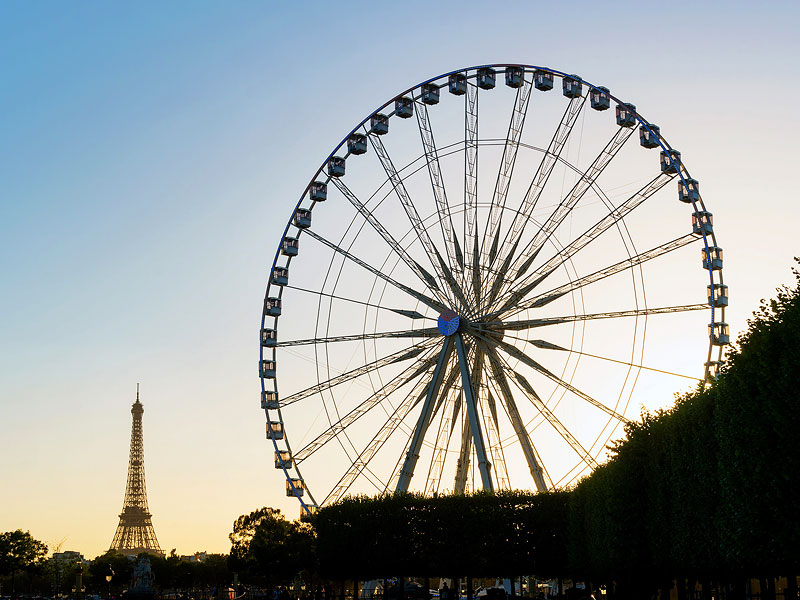 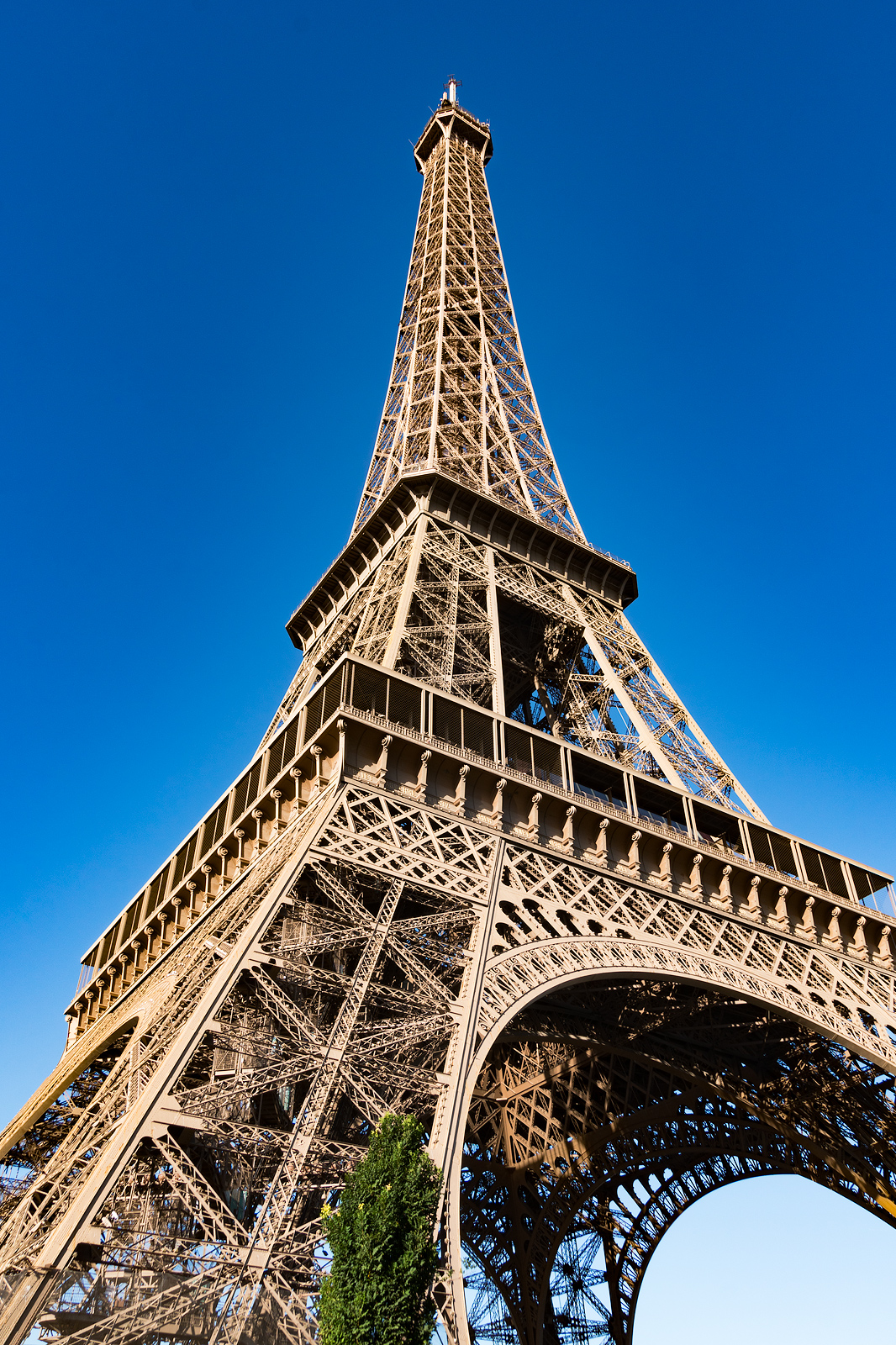 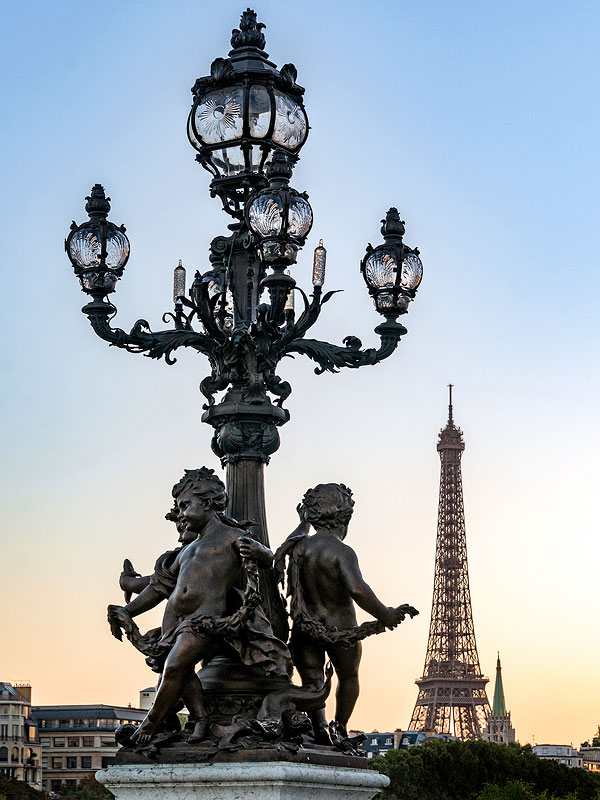 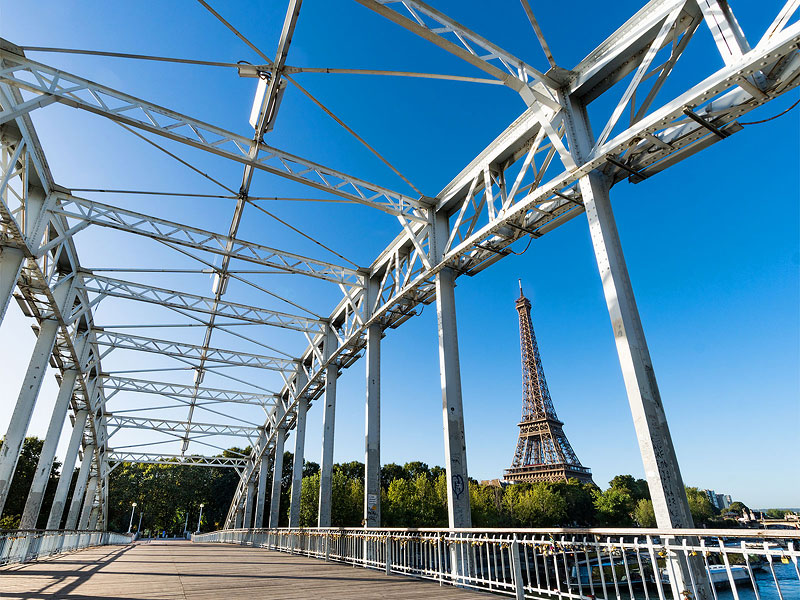 The Eiffel Tower is visible from points all around central Paris, sometimes a mere background element, other times dominating the view. And speaking of views, one of the best can be found from the top of the tower.